Hunter J. Shkolnik concentrates his area of practice to the trial of significant personal injury cases primarily in the area of drug, automobile, heavy truck and aviation related product liability actions. He leads the discovery and trial teams of various mass tort pharmaceutical and medical device litigations for the firm.

Ervin A. Gonzalez is board certified as a specialist in civil trial law (personal injury and wrongful death cases) and business litigation law by The Florida Bar and The National Board of Trial Advocacy. He is a partner and personal injury lawyer in Coral Gables, Florida.

Personal Injury Attorney with a Winning Record of Success
Ervin has 32 verdicts of at least one million dollars or more, including a $65.1 million verdict in a wrongful death case and the highest award in a Federal Tort Claims Act – a $61 million award for medical malpractice. He has settled numerous multimillion-dollar cases throughout his career, including a $100 million settlement with SCI Corporation for the desecration of graves in a Jewish cemetery. He obtained a $3.6 million verdict for a Miami police officer who sustained serious head injuries in a hit and run accident committed by a drunk driver. Many of his verdicts have ranked in the top verdicts in America.

Recently, Mr. Overholtz has the distinction of having been appointed as national counsel on the Plaintiffs’ Steering Committees for several federal products liability MDL’s (Mullti-District litigations), including the Trasylol MDL pending in federal court in West Palm Beach, Florida, before the Honorable Judge Middlebrooks, the Viagra MDL in the District Court in Minnesota, before the Honorable Judge Magnuson, as well as the Medtronic Sprint Fidelis Lead Wire MDL before United States District Court Judge Richard Kyle. Additionally, Mr. Overholtz has served as co-lead counsel in the In Re America Online, Inc Version 5.0 Software Litigation, MDL Docket No. 1341 (S.D. Fla), helping to negotiate a cash settlement for affected AOL members in excess of $15 Million as well as significant injunctive relief. 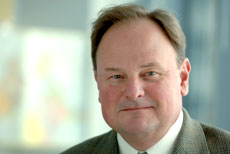 Roger has spent his entire 32 year career representing seriously injured individuals, including railroad employees and victims of dangerous products and defective pharmaceutical drugs. He has litigated cases in more than a dozen states, both in state and federal courts.