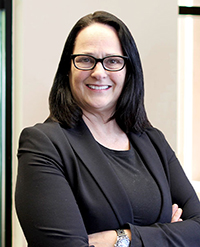 Shelly Sanford attended the University of Texas at Austin where she received a degree in journalism before attending St. Mary’s University School of Law. During her time at law school, Ms. Sanford was the President of the St. Thomas Moore Society and attended UT Law School while she completed a judicial internship with the Hon. Raul Gonzales on the Supreme Court of Texas.

After law school, Ms. Sanford worked at the O’Quinn Law Firm in Houston, Texas. In 2001, she joined the partnership of Goforth Lewis Sanford LLP before founding her own law firm, Shelly A. Sanford PLLC in 2007. Shelly joined Watts Guerra LLP in 2017. 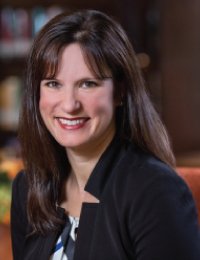 Dara Hegar joined the Lanier Law Firm in 1999, and is currently the Managing Attorney for the firm’s offices in Houston, Los Angeles, Oklahoma City, and New York. A Houston native, she has represented clients in each of the firm’s practice areas and has focused on trial coordination in intricate litigation matters. Dara has represented clients and Fortune 500 companies from across the nation. While her proficiency spans across all of the firm’s practice areas, her specialty has been managing complex litigations and providing specific insight at trial that has resulted in many significant verdicts and settlements over the past 18 years.

Dara was named a Super Lawyer™ by Thomas Reuters in 2018. She was also named a “Rising Star” in the legal community eight times by Texas Monthly, receiving the honor each year from 2006 through 2013. She also was named a “Top 100 Trial Lawyer” in 2013 by The National Trial Lawyers. Furthermore, she was also honored to be included in U.S. News and World Report’s 2017, 2018 and 2019 editions of The Best Lawyers in America.

Admitted to the Texas bar in 1998, she received her Bachelor of Arts degree in Political Science with honors from Texas A&M University in 1995. She received her Master of Arts degree in International Relations and her law degree from St. Mary’s University, where she served with distinction as Associate Editor of the Law Journal in 1998. She further served as briefing attorney to the Honorable Richard H. Edelman at the Fourteenth Court of Appeals from 1998 through 1999, before joining the Lanier Law Firm. 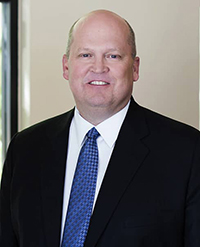 In 1989-1990, Mr. Watts worked as a briefing attorney for Hon. Thomas R. Phillips, Chief Justice of the Supreme Court of Texas. In September 1990, he became an associate at David L. Perry & Associates in Corpus Christi, Texas, and was named a partner in December 1991. Until March 31, 1997, he served as a partner in the law firm of Perry & Haas, L.L.P. On April 1, 1997, Mr. Watts formed his own firm, Harris & Watts, P.C. After 4 highly successful years, the law firm reorganized, with Mr. Watts and Denman H. Heard joining together to form Watts & Heard, L.L.P. in March of 2001. During that time, Mr. Watts expanded the law firm to 29 lawyers, with offices in 5 Texas cities and a support staff of over 100.