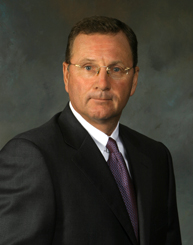 Richard Arsenault is a nationally recognized member of complex litigation bar and has participated in over 25 multidistrict litigation proceedings, often serving in leadership capacities. He currently serves as Co-Lead Counsel in the Actos MDL where a jury rendered a historic $9 billion dollar punitive damage verdict which has been reported as one of the nation’s largest personal injury verdicts. He subsequently served on the Actos MDL negotiating team that secured a $2.4 billion dollar settlement which is the largest single mass tort settlement for a drug that is still on the market. Richard was nominated for the 2015 Trial Lawyer of the Year Award by the Public Justice Foundation and also selected as a 2015 member of the Nation’s Top One Percent by the National Association of Distinguished Counsel. The National Trial Lawyers recognized Richard as the 2014 Trial Lawyer of the Year Civil Plaintiff Finalist. The New York Times has referred to him as a “big player” in the legal community. The Wall Street Journal has described him as having “national notoriety” and as a “big gun” among attorneys in competition for national leadership roles. They also noted he hosts “must-attend” legal seminars on the “hot cases” of the moment. Business Week has referred to him as “a Dean of the Louisiana tort bar”, USA Today featured him as a member of the “Legal Elite” and the New Orleans Times Picayune has referred to him as “an authority on class actions.”

Eric D. Holland was born in Illinois, growing up in a construction-trades family. During high school, Eric earned varsity letters in three sports (baseball, basketball and golf) and began working construction during summer breaks. Following high school, he attended the University of Illinois at Champaign-Urbana, graduating with a Bachelor of Arts Degree in Political Science and a minor in Economics. He attended the St. Louis University School of Law, where he was elected to the Law Review. Eric worked his way through college and law school in the construction business, often working overtime with his father and learning the value of hard work and precision. Since his graduation from law school, he has been admitted to the state bars of Illinois, Missouri and Michigan as well as federal courts in Texas and Colorado. He has also been admitted to practice in particular cases in dozens of other states and forums and has led litigations from coast to coast. He now leads a nationally-recognized law firm based in St. Louis. 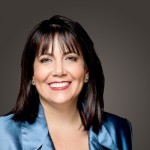 Jane M. Lamberti is a partner in The Cochran Firm’s Atlanta office and manages Atlanta’s medical malpractice group. With her strong background in chemistry, Jane has extensive experience in personal injury and medical malpractice litigation. She has obtained over $40 million in settlements and verdicts on behalf of victims in medical malpractice claims, as well as cases involved with wrongful death and injuries due to failure to treat timely maternal and fetal complications, breast and cervical cancer, heart attacks, and anesthesia complications.

In 2008, Jane led the trial team that secured over $20 million in damages for her client in a motor vehicle accident wrongful death case against an electrical supply company and their employee driver. This was the largest amount of compensatory damages ever awarded in a wrongful death case in Georgia and was the largest verdict in the history of Clayton County, Georgia. 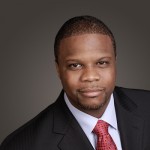 Shean D. Williams is an attorney with the Atlanta office of the Cochran Firm – Cochran, Cherry, Givens, Smith & Sistrunk. He pursued an academic and athletic career at Miami University in Ohio where he received a bachelor’s degree in Finance in 1993. He obtained his juris doctorate from Georgia State University College of Law in 1996. Shean is currently licensed to practice law in the federal courts, as well as in the trial and appellate courts of the State of Georgia.

During his legal career, Shean has represented both plaintiffs and defendants in a multitude of cases in areas of contracts, real estate, business, employment discrimination, personal injury, entertainment and sports.