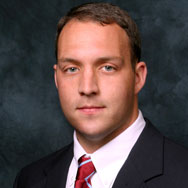 In 1969, Vance volunteered for the U.S. Army and ultimately attained the rank of First Lieutenant. He is a 1972 graduate of the LSU Law School where he served on the Law Review and as the legal research assistant to Professor George Pugh. Subsequently, Vance served as the law clerk for the Honorable Justice Al Tate of the Louisiana Supreme Court (who subsequently served on the U.S. 5th Circuit Court of Appeals). Thereafter, he worked as a defense lawyer before founding the plaintiff firm today named Andrus Hood & Wagstaff, and has extensive trial experience both as plaintiff and defense counsel.

Vance received the Alumni Award as the Outstanding Graduate from the University of Southwestern Louisiana in 1969 where he served as the Student Government President of the College of Liberal Arts and a member of Blue Key National Honor Society. At LSU Law School he published articles in the LSU Law Review, co-authored with Justice Tate, in the Tulane Law Review and published in the Louisiana Bar Journal. He has lectured extensively to the Louisiana Association of Defense Counsel, the Louisiana Trial Lawyers Association, and Mealey's National Mass Tort Conferences on Baycol, Vioxx, Fen-Phen, Breast Implants, Avandia, Kugel Mesh, Permax and Dostinex. He also twice served as Co-Chair of the national Mealey's Conference on Complex Litigation, and has spoken on mass tort matters for the Mass Torts Made Perfect seminar series.

Vance moved to Colorado in 1999 and, in 2001, became a fully certified firefighter and fought forest fires with Elk Creek Fire Department until, at age 60, he decided that it was a young man's game. He also became, at age 54, a certified ski instructor for the Vail Corporation at Breckenridge, CO.